See the Sun and Moon with Your Eyes,

and Let Your Heart Merge into the Rivers 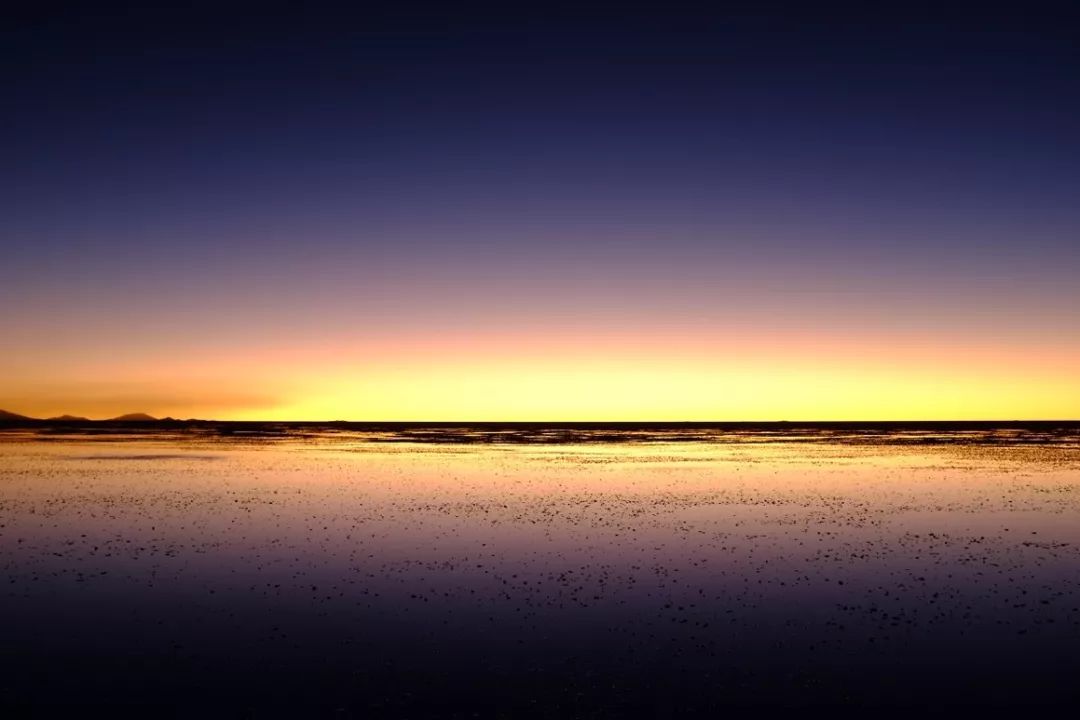 Almost every one of us has pondered over the meaning of life:

Maybe in your childhood when you barely knew anything; maybe at the hard time when you failed in an exam; maybe during a funeral of one of your elders; or maybe at the moment when the sun rises above the horizon.

However, there is always a vague hint of light, toward which our souls are attracted.

There is a destination too far for us to reach:

Sakyamuni eventually reached there beneath a bodhi tree;

Zhuangzi merged himself into that state of being in the dream of becoming a butterfly;

Jesus Christ accomplished this redemption by his crucifixion.

Wise men as they were, their answers to the ultimate questions of life were utterly different.

What is then truth?

In fact, every wise man who gains a thorough understanding of the true meaning of life has tried, within the specific time and space, to explain his understanding by a language easy enough for his contemporaries, and lift it up to be a theory or doctrine which provides guidance for people’s thought and life.

However, the mist of human thoughts is so varied that the great wise men throughout the history spent all their lives and yet cannot make their wisdom be understood by all mortal beings.

The ultimate wisdom is indescribable to such an extent that it goes beyond the limit of language. The sages of ancient times, therefore, were just like the six blind men who described the elephant: One started from its nose, and another from its ears. Though they were talking about the same elephant, they used different ways of narration and logic in describing it as a whole. And due to the indescribability of truth, metaphor and symbolism were frequently used.

Listeners were then prone to be divided into different groups according to the different ways, and made in-depth inquiry, discussion and debate regarding the details. Once the metaphor and symbolism were taken as the golden rule, human thinking loses its vitality and becomes mere dogma.

The society moves on at so quick a pace that we could not expect to understand the problems of any age by mechanically applying dogmatic theories.

As a result, the correct way of understanding the wisdom of the great sages is, as Wang Yangming put it, "to achieve order in the light of the trend of times." It is called "heritage" when we integrate the Way of enlightenment into the bustling modern world.

Based on modern science and technology, the present-day human life is hard to imagine for our ancestors.

Human beings are now at an unprecedented height in their exploration of the outside world.

The development of astronautics enables men to explore the remotest part of the universe beyond the stars;

The development of quantum mechanics leads to a series of major high-tech breakthroughs;

The development of genetic science helps to cure complicated diseases again and again;

The merits of technological progress are obvious to all of us.

When we sit comfortably in the fastest vehicles ever in human history and arrange business thousands of miles away, we are having an unprecedented sense of control over the world. However, it is this seemingly powerful strength that has made us more dependent on the outside than ever. The necessity to turn back and seek our heart becomes insignificant among the carnival of human technology.

Things go on like that until the high-speed train of Reason is interrupted by some nasty note in our life.

We are then taken by surprise because of the sudden silence.

In the meantime, the frailty and weakness within us are devouring our souls with an unprecedented energy. But we should not blame science itself. The problem is: With such rapid progress, people living in the society are not nourished at an equivalent speed in their mind and soul to be able to enjoy this feast of modern science and technology.

More than one hundred years ago, Friedrich Nietzsche wrote in "The Case of Wagner" (Der Fall Wagner): Was verlangt ein Philosoph am ersten und letzten von sich? Seine Zeit in sich zu überwinden, "zeitlos" zu werden. (What does a philosopher demand of himself first and last? To overcome his time in himself, to become "timeless".)

His excellent remark is not only a requirement for philosophers but also an effective remedy for acquiring inner peace and understanding the true meaning of life in our era.

"To overcome the time" means to break, through introspection and observation the limitations imposed by it upon us. It is THAT self which has been isolated from the time that represents the direction toward truth.

The fact that science is based on the material world has determined the focus of its research methodology on the outside objective world rather than the inside mental world. In the past hundred years which witnessed its great triumph, science has become a faith because of its huge influence on the real world. As a result, our inner mental world is neglected to an unprecedented extent.

If we extend the historical perspective further back to one thousand years ago, however, we will see something hard to imagine for people living in modern times: Men’s conviction and inquiry of their inner world once enjoyed an overwhelming advantage.

Human wisdom is a multi-dimensional being. The outside world and your inner experience are the two sides of a coin, intermingling and merging into each other in incessant whirls. The ceaseless River of Life is then formed: The rushing stream is the fast developing science and technology, while the rolling surface of earth is the supporting power of the soul.

The purpose of science is not to make us go further away from our heart, but turn back after thousands of twists; the answer of life does not lie in the depth of the Galaxy, but in the heart of everyone.

Though we were educated since childhood to focus on knowing the world outside us instead of our inner experience;

Though it is hard to carry out communication between inner worlds and to verify inner experience;

Though the heart of anyone is an island entirely of itself: We have a need to find ourselves again, inspired by the mysterious power of the Creator.

Therefore, one day we shall go back to the spiritual origin after enjoying the storms of science and technology.

So at certain moments we will think of the question of life and death, and the meaning of living.

And the voices thousands of years ago are still striking our souls today.

The old teaching says, "A true gentleman should cultivate his person, regulate his family, rightly govern his state, and then the world will be given peace."

It is not the difference of levels. After all, we share the same heart.

When the heart is trained to the supremacy, one can "cultivate his person" by being alone, "regulate his family" by being a member of it, "rightly govern his state" by acting to the interests of the country, and "give peace to the world" by spreading the teachings for people.

He who is able to be aware of his heart at any time, calmly observe the fluctuation of ideas and emotions while getting rid of them, and act according to the heavenly principles is regarded as "cultivating his person."

He who is able to take an introspective view of himself when being with his family and is never blinded by the thoughts of others is regarded as "regulating his family."

He who is able to remove selfish desires, put himself in the great tide of times and act according to the trends is regarded as "rightly governing his state." Look back on your life experience and think again how those unforgettable events have shaped what we are today.

The achievements for which we were once wild with joy have long ceased to impact our lives. Nevertheless the days during which we worked hard for these achievements are still glistening in our memories.

The events about which we used to be concerned, hesitant, fussy or anxious have gone away from us like the floating clouds. However, these feelings have helped to build the roads in our life.

"With the worldly concerns and anxieties I go through the two banks; my heart alone merges into the river."

Life is the gentlest and yet sternest teacher. The schoolwork you have not finished will come up repeatedly. You have no place to hide yourself however hard you try to. It will remain there if you fail to surpass it in the real sense of the word. It will be transformed into a driving force for moving ahead and enable your soul to grow toward another level only when you have accepted and assimilated it from the bottom of your heart.

Therefore, let’s face whatever is good or bad in our life with a calm mind, and, instead of allowing it to darken our lives, transform it by wisdom. Gradually our heart will become gentler and more enlightened, enabling us to go out of the narrow space and into the River of Life.

Whatever era we are in, life is but to finish some difficult schoolwork, to meet some people who are worthy to be remembered, and finally to see our own ultimate sceneries.

Bertrand Russell described the scene in his essay "How to Grow Old":

"An individual human existence should be like a river – small at first, narrowly contained within its banks, and rushing passionately past rocks and over waterfalls. Gradually the river grows wider, the banks recede, the waters flow more quietly, and in the end, without any visible break, they become merged in the sea, and painlessly lose their individual being."

This scene, in the Confucianist doctrine, is summarized in a more succinct way as "the unification of the Heaven and mankind." 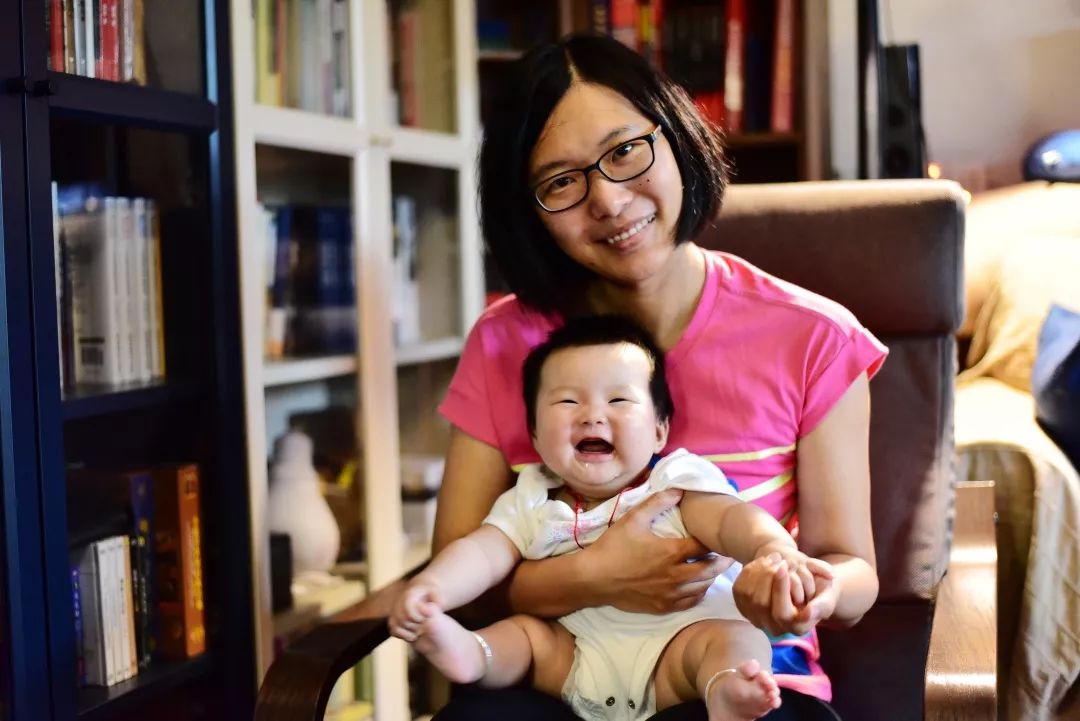 Echo Lee received her M. Econ. from Fudan University and joined CNOOD after graduation. At CNOOD she started a period of passionate, exciting years. She is fond of philosophy and likes thinking about life. After becoming a mom, infant care now becomes the thing she loves most. She enjoys her shifting roles at work and home.